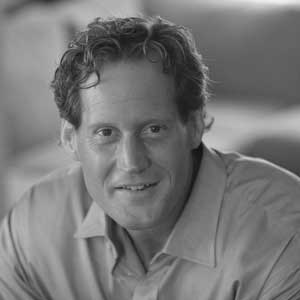 Cliff brings a wealth of polarity-focused experience, knowledge and resources to SixSEED through his association with Polarity Partnerships. Healthcare has been a major focus area for Cliff’s application of polarity thinking to his organizational development, executive coaching and leadership training practice.

Public-sector work has included bringing polarity thinking to a biotech-focused service of a federal agency, the National Institutes of Health and Federal Occupational Health under the U.S. Department of Health and Human Services. In the private sector, Cliff has brought polarity thinking applications at the enterprise level to some of the largest pharma and biotech companies.

In 2017, Cliff was brought in to support in a joint venture merger for a research and education partnership between a major university and healthcare system using polarity theory, application and tools. Recently, Cliff was asked to support an initiative aimed at integrating leadership and organization development initiatives for an international association of clinicians using the polarity system of principles and tools.

Prior to SixSEED Partners and Polarity Partnerships, Cliff Founded XPERIENCE LLC, a boutique consulting/executive coaching firm that includes Kayser Ridge, a retreat center located in Berkeley Springs, WV. Between 2002 and 2007, Cliff held VP and senior-level positions in organizational development for The National Cooperative Bank and The Washington Post and was Corporate Manager of Human Resources for The Washington Post Company between 1998-2002.

Cliff holds Master’s Degrees in both Human Resources and Organizational Development and completed his coaching training at Georgetown University.

Directed a multi-year, multi -leader succession planning program that resulted in role expansion for each leader

Cliff’s work speaks for itself

In 2018, an international association of clinical researchers sought support for new initiative intended to “integrate and strengthen connections between our leadership and organization development programs.” Working with a cross-functional senior leadership team, Cliff provided consulting and coaching support that included helping them identify five polarities critical to leverage for short and long-term program success. In the communication and implementation strategies that followed the association leadership made these polarity tensions explicit enterprise-wide. The value in framing the underlying success dimensions as “BOTH/AND” in an organization predominantly geared to “EITHER/OR” problem-solving was credited as “THE key factor” in the great success of the initiative.

Join our e-mail list for the latest insights about transforming healthcare!

Welcome! You have successfully subscribed.